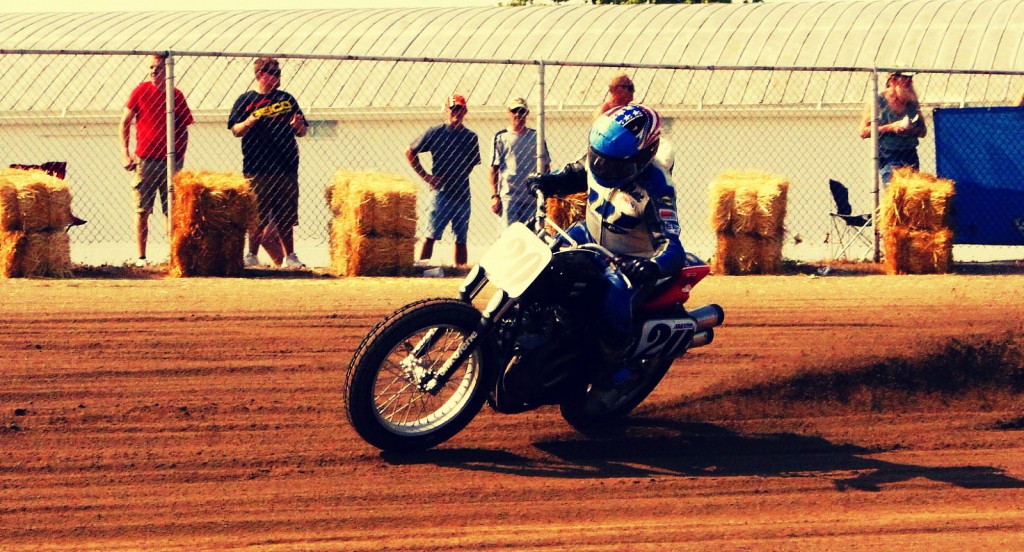 This photograph was taken minutes before an accident, the rider’s name is Matt Weidman and this picture was taken of him setting the fastest lap of the day on his GCR/White’s Harley-Davidson, for the main race he switched bikes, he pushed a little too hard and landed himself in the haybales.

He broke his foot and collarbone in the accident but wasn’t too badly shaken up, he’s now back in the saddle, once again setting fastest laps and spraying spectators with glorious, glorious mud.