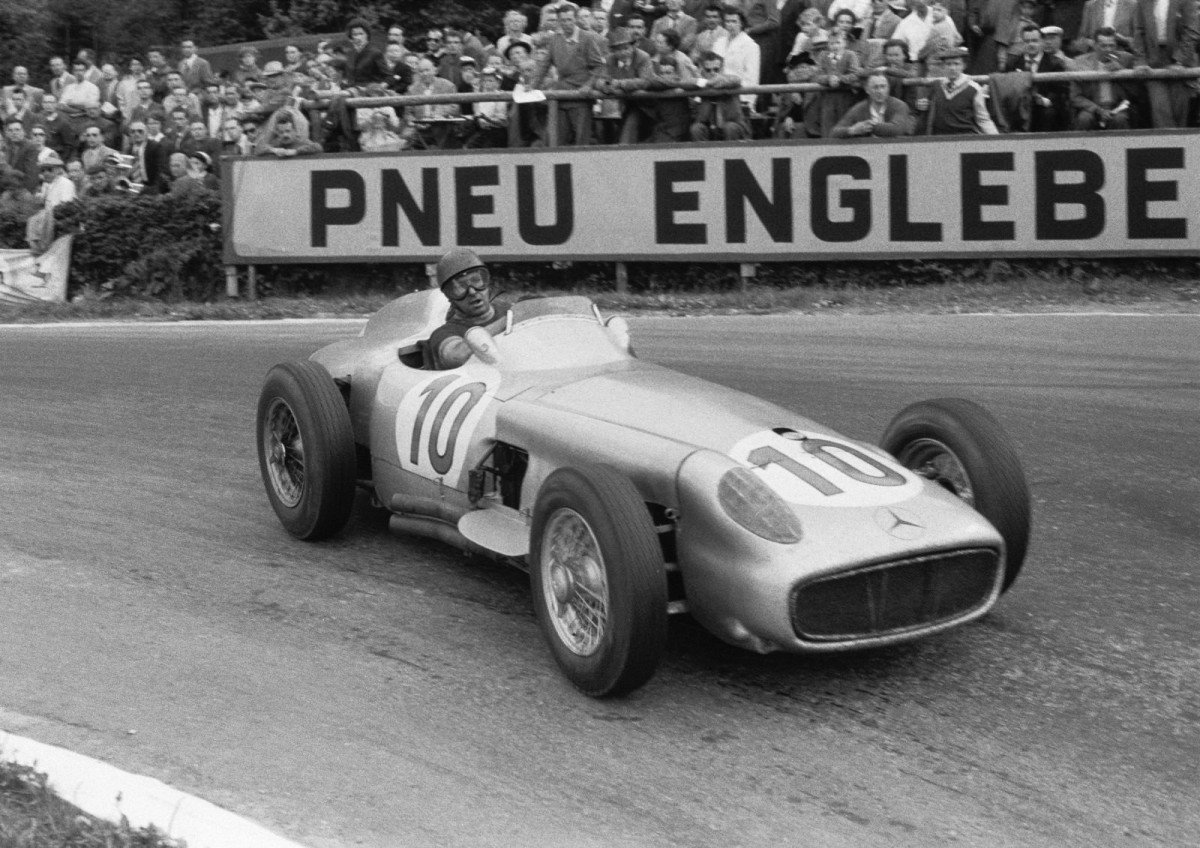 Juan Manuel Fangio has the unique distinction of having the highest winning percentage (46.15%) of any driver in the history of Grand Prix motor racing, he’s also the only man to have won five world titles with four separate teams (Alfa Romeo, Ferrari, Mercedes-Benz and Maserati). Looking at the current format used in Formula 1 motor racing, it’s highly unlikely that anyone will ever match these two records.

That image you see above can be downloaded at a resolution of 1600px x 1131px by clicking the smaller version below, which will load the wallpaper in a new window. If you’d like to read more about Fangio, and I recommend that you do, you can click here to read his biography courtesy of Formula1.com 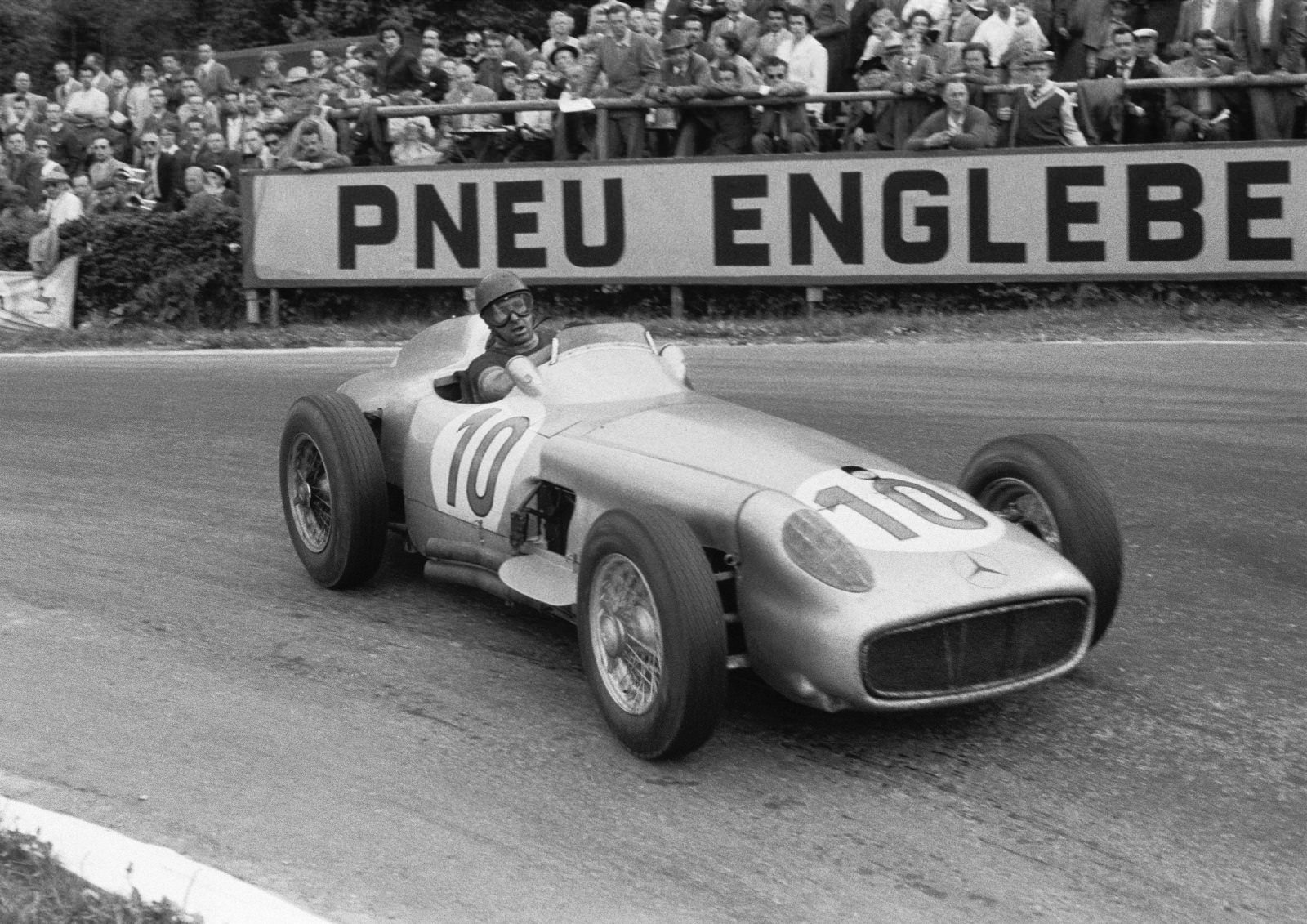 The Grand Prix pinball machine was designed and built by Williams Electronics between 1976 and 1977. Over the course of this year they built 10,554 examples which were shipped around the world, with most ending up in the United States and Europe, but some machines have been discovered in Japan, Australia, and New Zealand. Unlike…

The Ferrari 156 F1 “Sharknose” is remembered today as one of the most famous Formula 1 cars of its era, if not the most famous outright. The great tragedy of the Sharknose is that all of the original cars were scrapped – though in more recent years there have been a number of exact replicas…

This is an original Ayrton Senna Lotus 97T rear wing endplate from the 1985 Formula 1 season. This would be one of the most memorable seasons of the era, with the now universally turbocharged 1.5 litre cars producing the highest horsepower figures in the history of F1 before or since – with a specially prepared…

Each of these remarkable sculptures is created from a real, race-used Formula 1 exhaust system that have been mounted to a base of carved Italian marble. They’re made by Mike O’Connor, the founder of the Fastest Club – an exclusive group of historic Formula 1 car owners who travel around the world with their cars to a…

The Ferrari 126 C2 was developed for the 1982 Formula 1 season to turn Ferrari’s fortunes around and get the team back to the pointy end of the grid. After a mostly successful period throughout the mid to late 1970s Ferrari had suffered a collapse in form as the 1980s began, largely as a result…