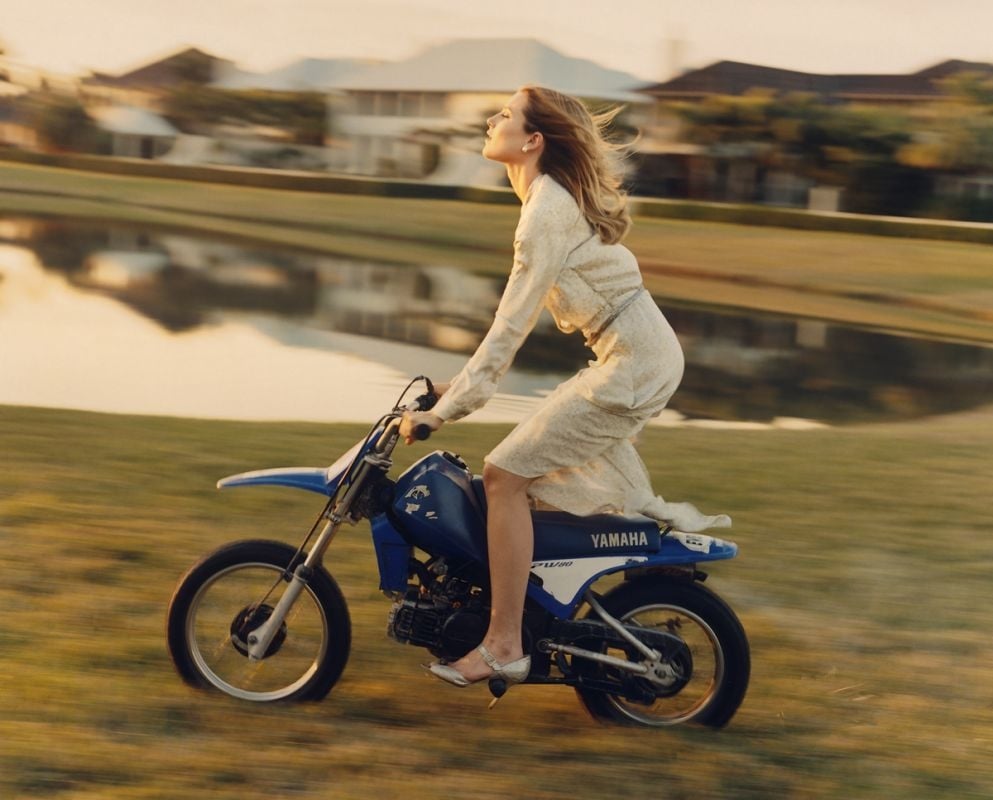 Dree Hemingway is an American model who grew up in rural Idaho, I assume that’s where she learnt how to ride dirt bikes whilst wearing 4″ heels and an evening gown. Sadly we couldn’t find any other images of her in the saddle and it’s probably safe to assume that this PW80 doesn’t actually belong to her, but we can still dream.

SKRAM Motorcycle Eyewear is a brand new offering that’s been in active development with a team of avid motorcyclists for over two years. The glasses offer protective, shatterproof lenses specifically intended for motorcycle use. The…