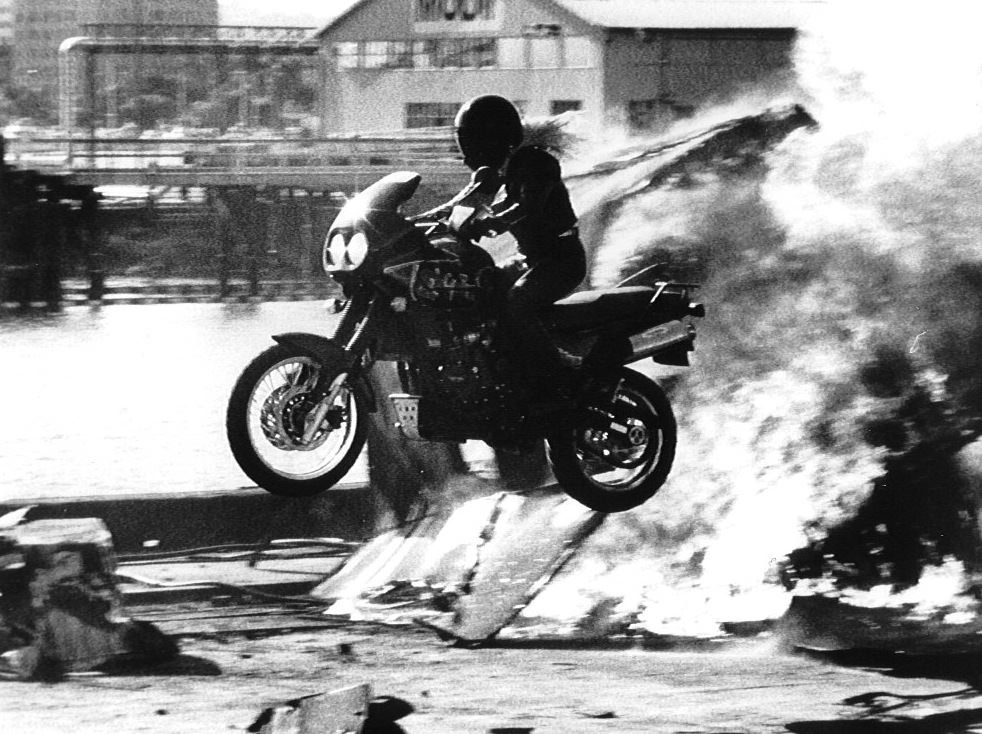 Debbie Evans is the top motorcycle stunt woman in the world, she’s performed in over 200 films with her most famous performance probably being Trinity’s motorcycle chase scene in The Matrix. She’s been riding since she was 6 years old and by the time she was 15 she was considered the best female motorcycle trials rider in the world and received a factory sponsorship from Yamaha.

If you’d like to read more about Debbie, visit this article written by the talented Christine Tabler at Motorcycle Mojo.

Allegiance Flags – Made In The USA

Allegiance Flag Supply make all of their flags in the USA, each one is individually made by veteran seamstresses in South Georgia, many of whom saw their jobs disappear years ago as the textile industry was outsourced to Asia. The team behind Allegiance started the company to combat the low-quality flags pouring into the country,…

The Roland Sands Mojave Boots have become best sellers since they were introduced a few years ago, they were developed from a blank slate to offer two primary functions – genuine daily wearable comfort, and all of the safety features you’d expect from a motorcycle boot. The team at Roland Sands Design started out with…

The Indian 8-Valve board track racer was one of the first factory built superbikes, it was released in 1911 with an advanced-for-the-era V-twin featuring four overhead valves per cylinder, powering a clutch-gear-chain drive system similar to that used on almost all modern motorcycles. The Indian 8-Valve Board Track Racer The 8-valve V-twin was developed by…

The Continental R-670 is a 7-cylinder, air-cooled radial engine that was used in planes, blimps, tanks, landing craft, and armoured vehicles – mostly during the Second World War. The most famous aircraft fitted with the R-670 was the Boeing-Stearman Model 75, a single-engine biplane that made use of a large centrally-mounted engine – over 10,000…

This article was written by Rory Ward, the man who restored the Challenger IV back to racing condition and then took it back to the desert to contest the brutal Mint 400 desert race.  Challenger IV is now for sale and you can contact Rory via his website here if you’re interested. In 1977 Mickey Thompson…