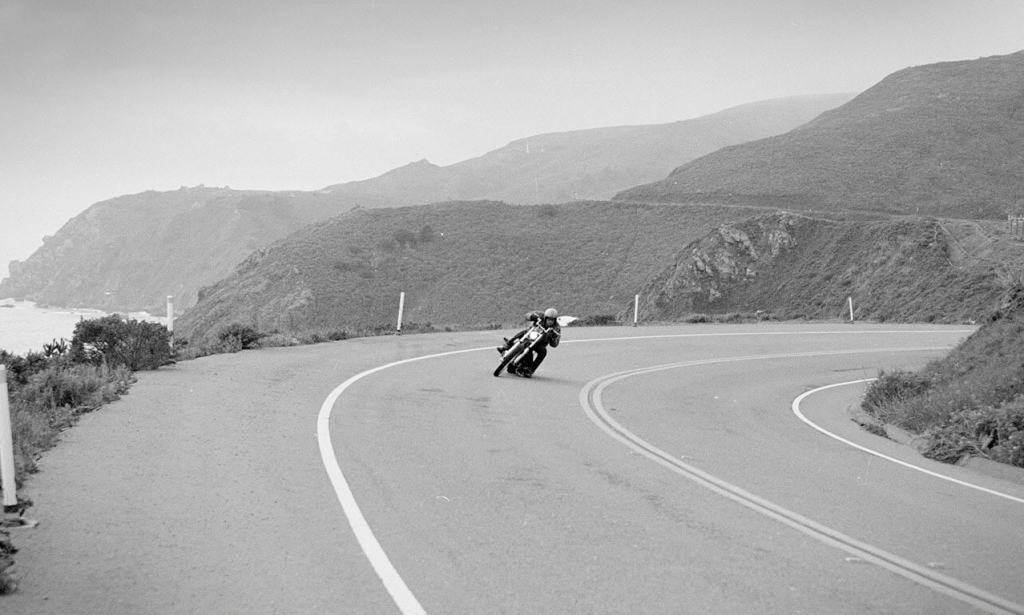 This stunning photograph shows a guy belting his way around a long left hander, sliding his foot and pegs in the process.

Choppers are often maligned as being bling-tastic show ponies nowadays but there was a time that they were built with a function first approach, they’re often fitted with 1200cc+ V-Twins and as such, if you drop the hammer, they can actually out accelerate many sports cars.