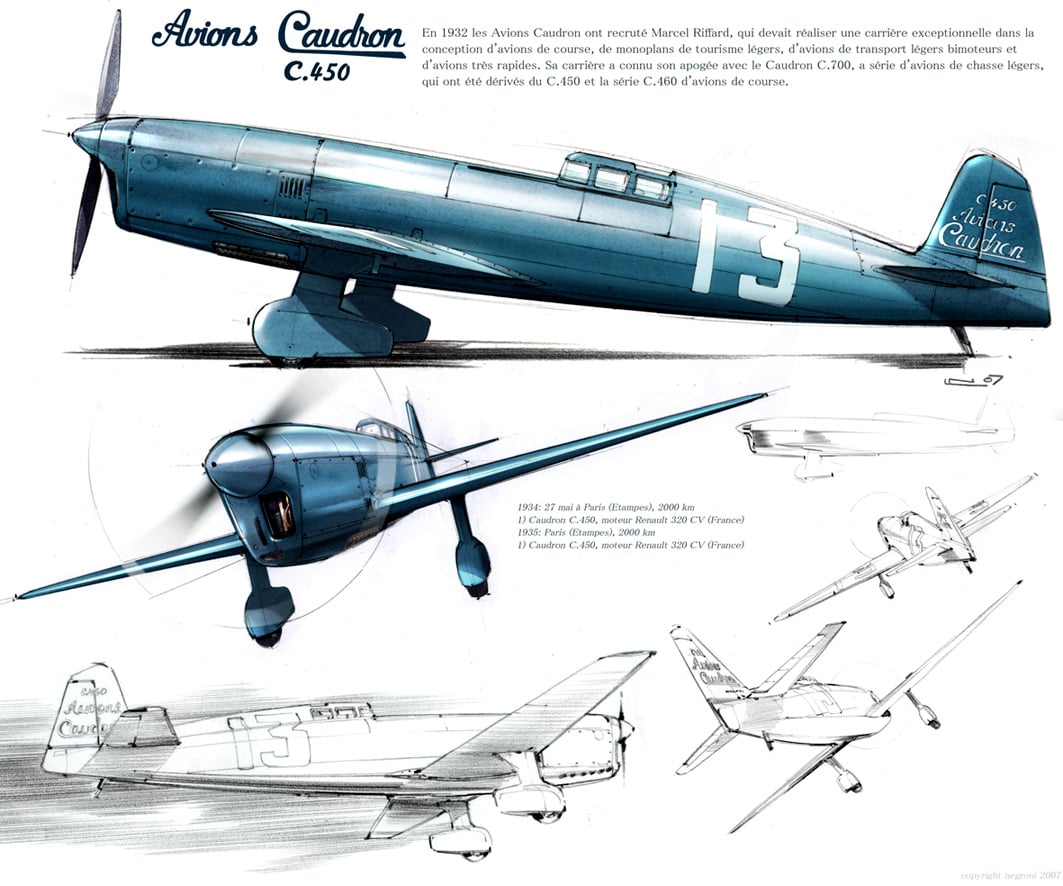 The Caudron C450 was an exceedingly advanced racing aircraft built in France in early 1934, the plane was a one-off design created to be raced in the Coupe Deutsch de la Meurthe race of the same year.

Powered by a 300hp Renault engine and capable of speeds in excess of 310mph the C450 won the race by a safe margin, piloted around the course by Maurice Arnoux.

The lessons learnt in the development of racing planes like the Caudron C450 and C460 went on to be the foundations in the creation of the infamous fighter planes of the Second World War, taking a look at the side profile below you can see shades of the P51, Spitfire, Hurricane and even the Messerschmidt BF109.

Finke Desert Double is a free 31 minute documentary about Toby Price and his goal of taking both the motorcycle and truck wins at Australia’s most famous off road race – the Finke Desert Race….

The Citroën DS Safari Estate is the station wagon version of the iconic French automobile, it was first introduced in 1958 with different model names depending on location – it was the “Brake” in France,…

What Is One Horsepower? This 9 Minute Film Explains It All

We still frequently use the term horsepower as the primary indicator of how much power an engine produces, but very few can explain what it actually means and how it was originally calculated. This concise…