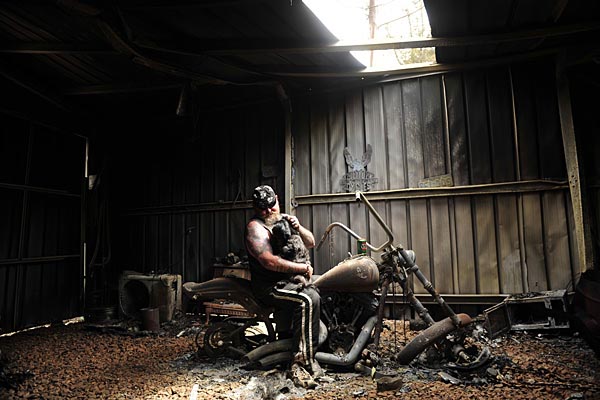 This photograph is from the 2009 bushfires that ravaged much of the Australian state of Victoria. The man in the picture is Rob Greig sitting on what’s left of his prized Harley-Davidson, this was in the aftermath of the Black Saturday fires which were responsible for 173 deaths.  If you look closely you’ll see he’s got a can of VB on the fuel tank and a pet dog in his arms.

Image and backstory via The Age.

This is the Millennium Falcon: Owners’ Workshop Manual by Haynes, it’s the best and most detailed look at the modified YT-1300 Corellian Freighter that was formerly owned by Lando Calrissian before he famously lost it…