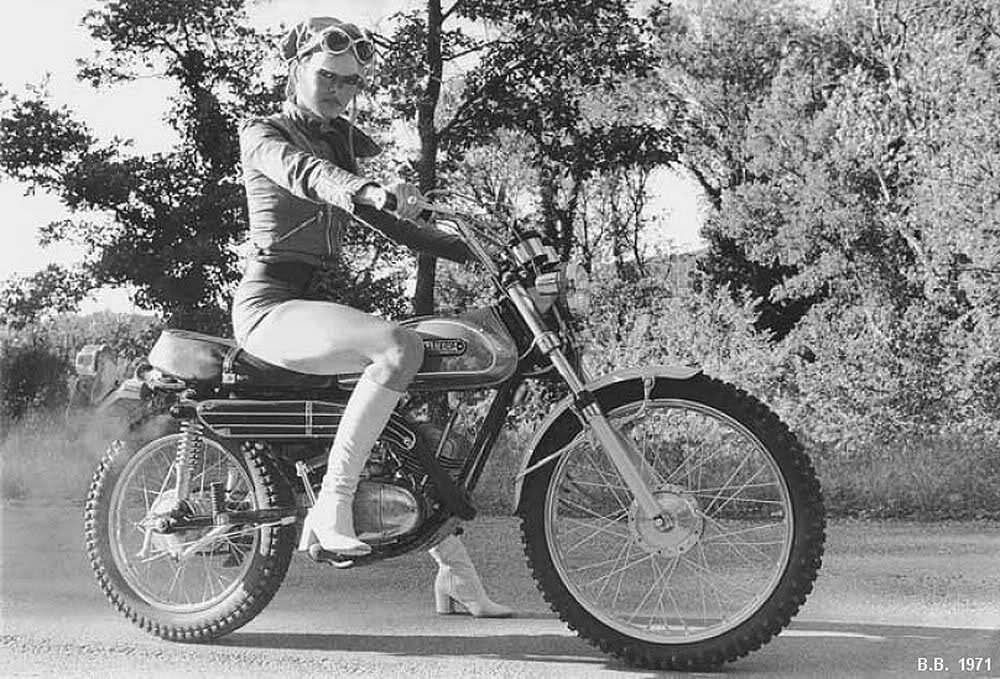 There are some stunning pictures of Brigitte Bardot on all manner of motor vehicles, this shot of her on an early ’70s Yamaha two-stroke ticks all the right boxes though if I’m honest, I’d be more keen to move her aside and jump onto the bike. Those old two-strokes are fun.

Published by Ben Branch - February 7th 2013
Related Posts
A 1:1 Scale Porsche 917 Door For Your Wall – The Art Of Joel Clark 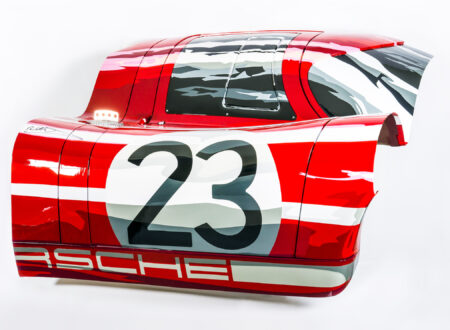 This Porsche 917 door is a unique piece of art by Joel Clark, each piece takes upward of 30 hours to complete, and its basis is a 1:1 scale 917 door made from fibreglass by Kraftwerkz Cars of Melbourne. Clark began his career as a vinyl sticker maker for professional motor racing teams at Silverstone,…

If there were a car from any point in history that would be driven by Jules Verne, it would be this, the 1976 Citroën Indecision. Although it’s based on a French car it was actually built in 1984 in Britain by world renowned car creator Andy Saunders. The bodywork and interior are all bespoke, rather…

The Ducati 900SS is one of the most important road-going superbikes from this period in the Italian company’s history. The 900SS model was a direct descendent of the 750SS which was the motorcycle that took Ducati from being a manufacturer of smaller capacity motorcycles to being the king of the hill after a dominant 1-2…

This BMW R100RT is a family heirloom of sorts, it belongs to Sam, a Texan with a lifelong relationship with this BMW and a deep love for daily-rideable custom motorcycles. Ever since he was a child, Sam has had this BMW in his life – it previously belonged to his father who would sometimes take…

An Affordable Project Bike: 1936 Ariel Red Hunter – Would You Take It On?

This Ariel Red Hunter project bike looks like it’s a restoration that was never quite finished, it appears as though the frame and fuel tank have been painted ready for assembly, and it looks relatively complete with the crankcase, crankshaft, barrel, head, dynamo, gearbox, frame, fuel tank, oil tank, and many other essential parts all…

These are the original six drawings for the patent application for the Ferrari F40, the application was filed in December 1987 listing Leonardo Fioravanti of Pininfarina as the inventor and Ferrari as the assignee. The Ferrari F40 is remembered today as possibly the last great analogue supercar, from a time when electronic systems and driver…