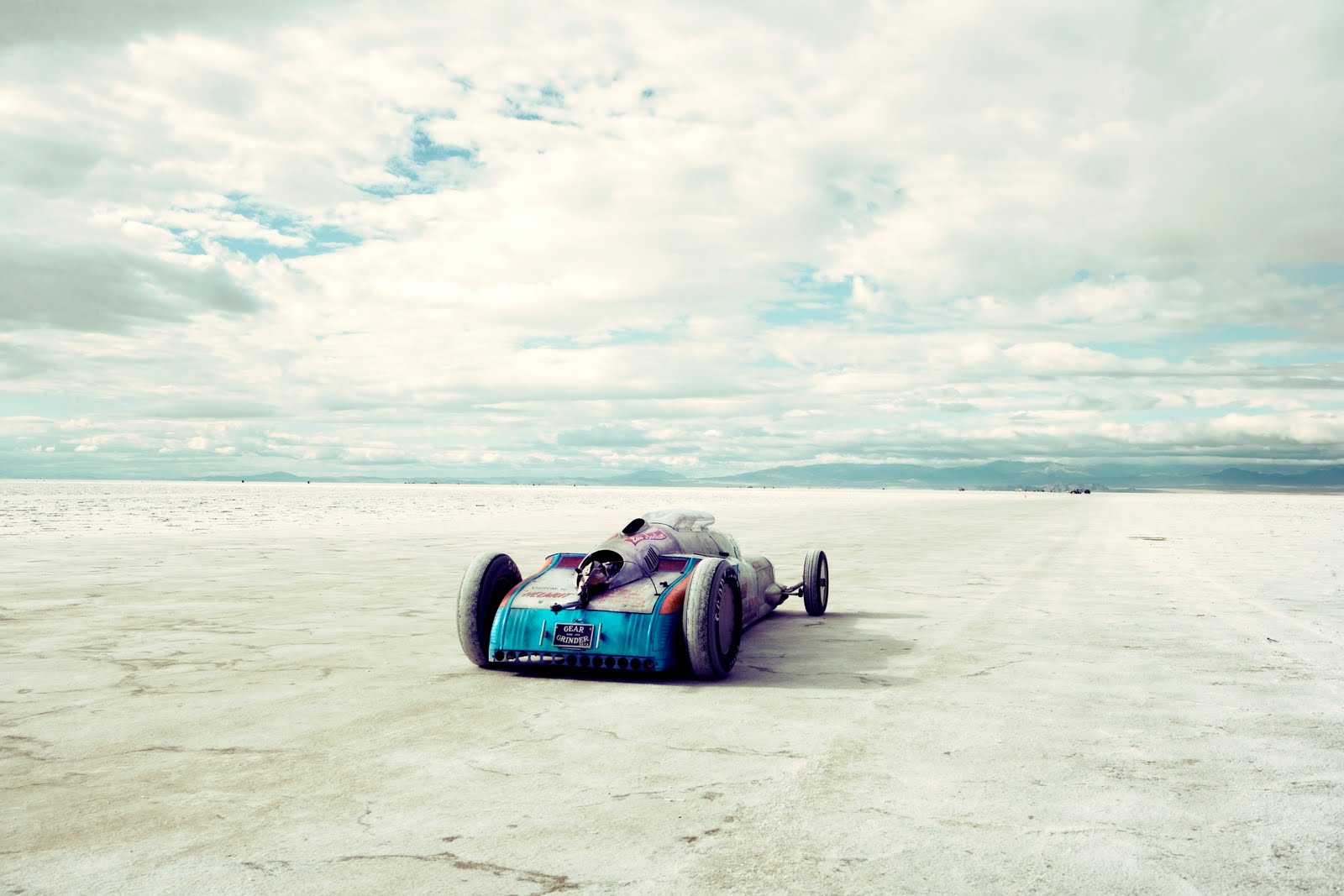 This is one of those mesmerising photographs from the salt flats of Bonneville, Utah. I’ve done a bit of poking around and I can’t track down whose car this is or who took the photograph, though if you speak Spanish you might be able to learn a little more here.

At full resolution this image is 1600×1067 pixels in size, making it an excellent desktop wallpaper – click it to see the full version.

Update: This is a photograph by Kristina Fender, you can visit her website here for more.

The Unimog 404 was the second major iteration of the legendary German off-roader named by taking the letters from three words – UNIversal MOtor Gerät, or “universal power unit” in German. In the years shortly after WWII many engineers at automakers around the world were seeking to build a vehicle that could function as both…

The Ford Falcon XY GT-HO Phase III is one of the most valuable Australian-made cars in history, but it’s largely unknown outside its home country. It was built in the early 1970s as the third version of the GT-HO that had been specifically developed to win both the Hardie-Ferodo 500 at Mount Panorama in Bathurst,…

This Hangar 9 P-51D Mustang is a 1/5th scale model with a 7 foot 5 inch wingspan (89 inches) and a total weight of 26 lbs. Power is provided by a 62cc petrol engine mounted upfront where you would expect, and it has optional retractable landing gear, a steerable tailwheel, and removable wings to make…

The Billykirk No. 495 Camera Strap – 100% Made In The USA From Latigo Leather

The Billykirk No. 495 camera strap is made from premium American latigo leather hide. This type of leather is made using a combination tanning method that typically includes chrome tanning before vegetable tanning. The leather is usually infused with oils and waxes resulting in a strong and flexible leather that’s frequently used for horse saddle…

This Harley-Davidson XL1200 Sportster custom is the work of Greg Hageman of Hageman Motorcycles, it started out as a lightly modified 1995 Sportster to which an ambitious former owner had bolted on a series of ill-advised custom parts, including a set of ape hanger handlebars so high the bike needed air traffic control clearance before…

The Craft & Lore Insider Wallet is a slim profile, handmade leather wallet designed to fit in your front or back pocket, or a jacket pocket if preferred. Each wallet is made from your choice of Italian vegetable tanned leather, American Wickett & Craig harness or skirting leather, Horween leather, or Horween Shell Cordovan leather….