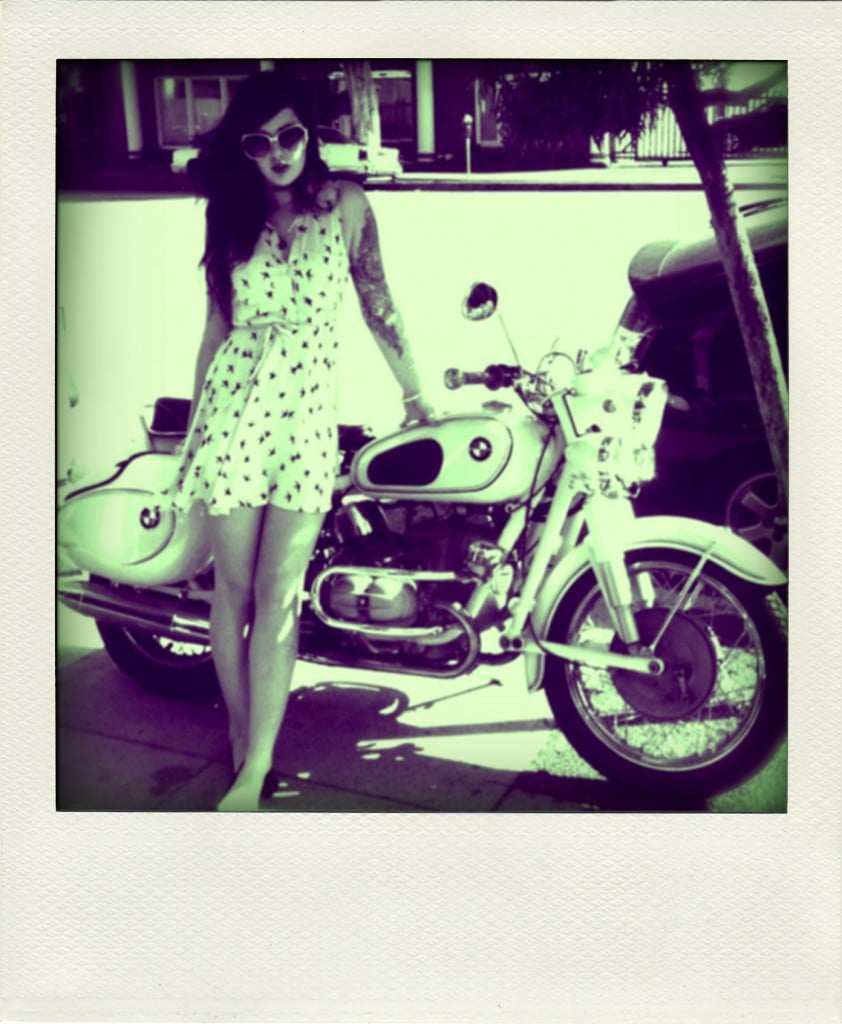 There’s a lot to love about this classic polaroid, the bike, the girl, the tattoos, the sunglasses. We have no idea who she is but we’d love to find out, we’d also like it if that was her BMW.