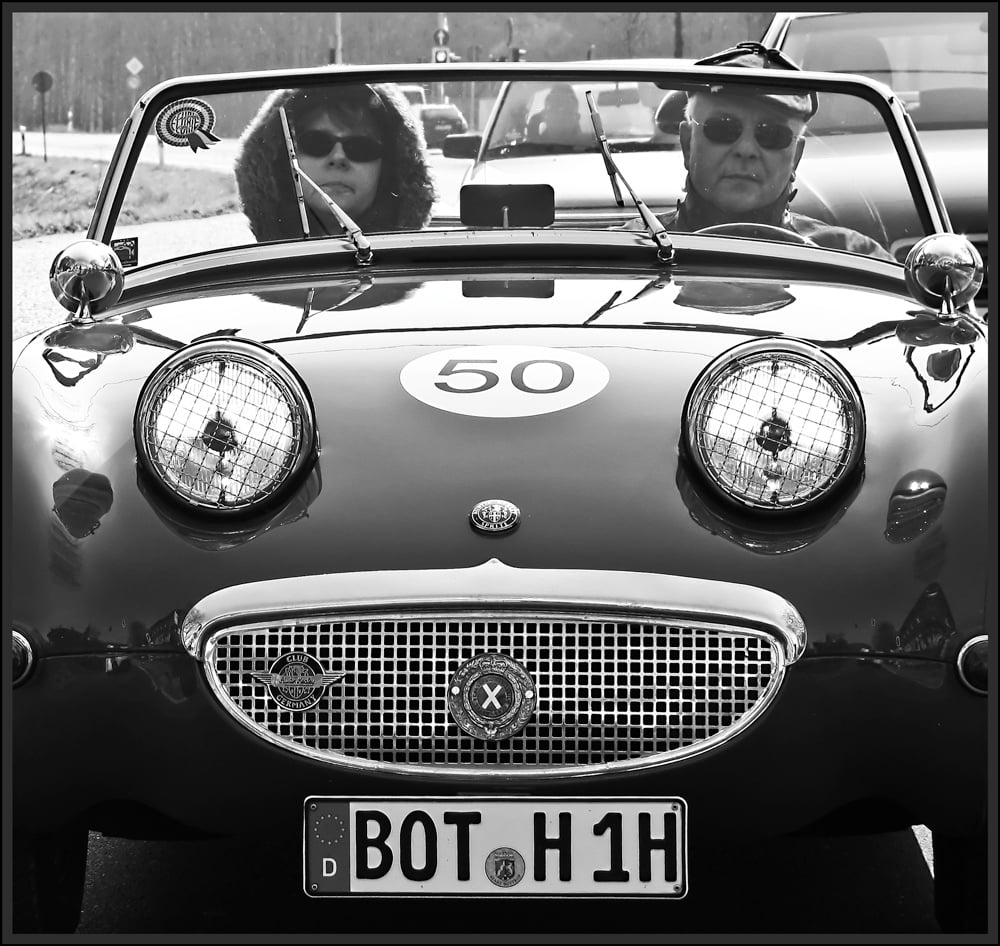 Interestingly the original design of the iconic “Frogeye” called for the headlights to retract into an upwards facing position (a la Porsche 928) in order to minimise drag. The company scrapped the retracting headlight design to save cost and instead used a fixed headlight, subsequently creating one of the most famous British cars of the early 1960s.