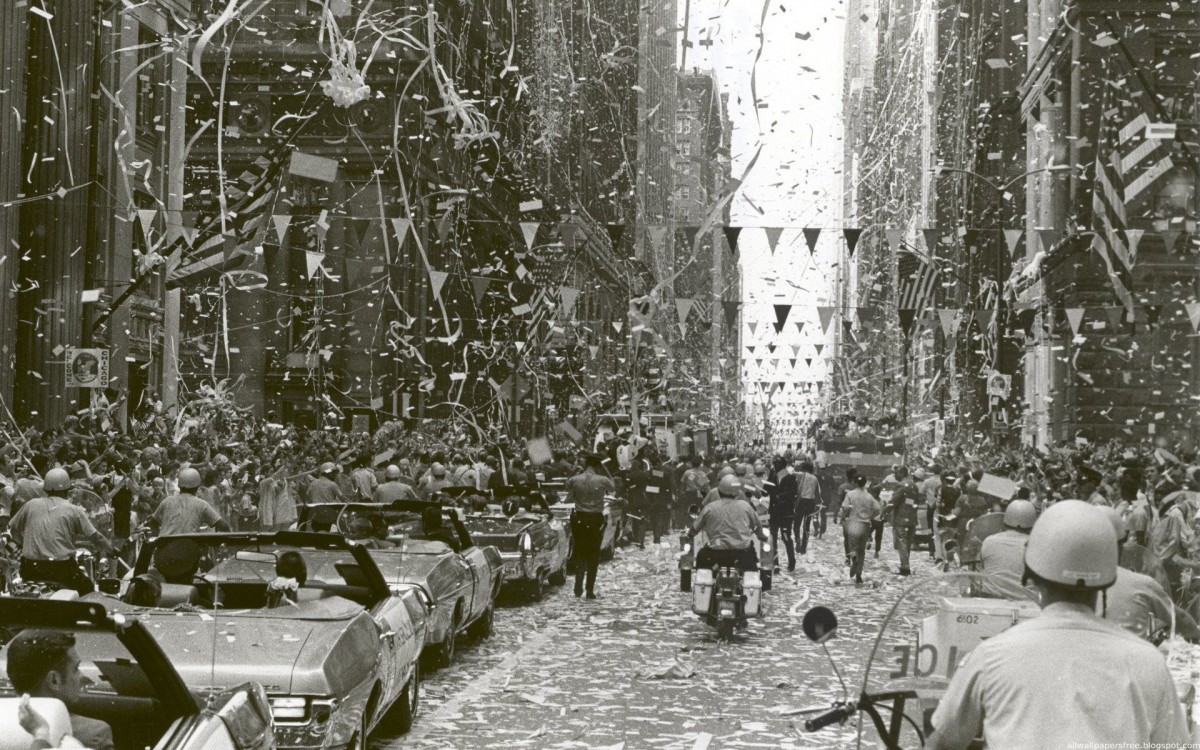 This Apollo 11 parade wallpaper is a wonderful astronaut eye-view of a classic American ticker-tape parade. It’s thought that the first ever ticker tape parade took place in New York on October the 28th 1886 during the dedication of the Statue of Liberty – it was a spontaneous celebration caused by a stockbroker flinging reels of stock market ticker tape from his office windows. Others soon followed suit and it quickly became a uniquely American celebration.

The ticker tape parade for the crew of Apollo 11 was one of the greatest on record, it was a celebration of America winning the race to the Moon and in some respects it was the perfect representation of the victory of capitalism over communism – in true, expansive American style.

Click either of the below images to see the full-resolution version. 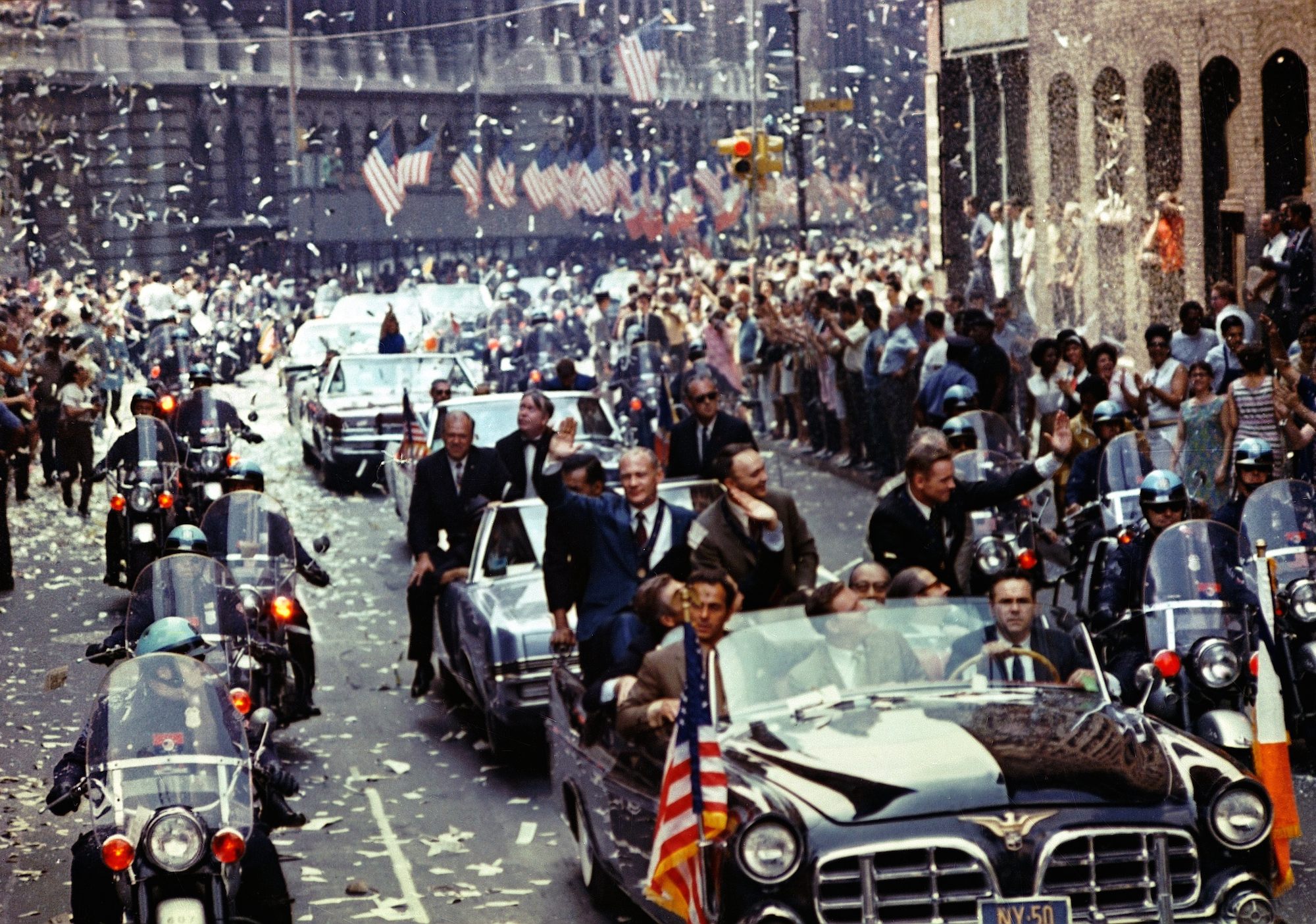 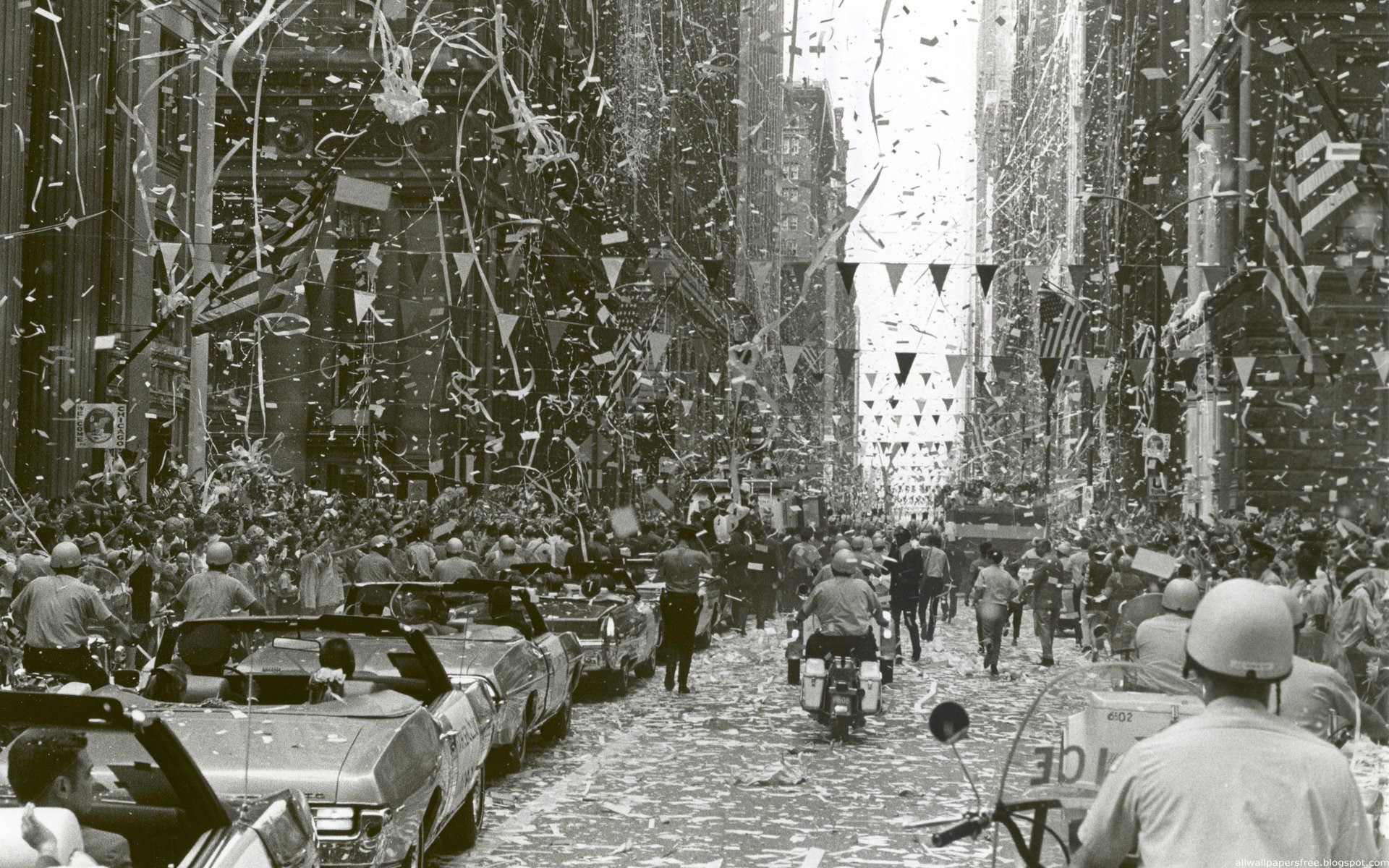 The Heritage Leather Road Jacket by VKTRE Moto Co. is designed to work as both a motorcycle jacket and a driving jacket, it’s made from 1.2 to 1.3 mm full grain cowhide sourced from a…