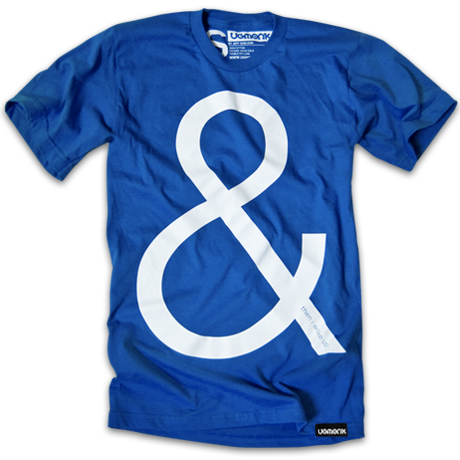 We love minimalism and typography. With this in mind it shouldn’t be too much of a surprise that we love this clean cut ampersand tee by UGMonk, grab yours here for $24 USD.

This short film by Michael Brown of Corvette Nation tells the story of Corvette collector Danny Reed, and his greatest ever discovery – an original Astrovette. This was the nickname given to the C3 Corvettes that had been leased to some of the Apollo-era Astronauts for the princely sum of $1 USD per year, before…

The new Icon 1000 Varial Boots are an EN 13634:2015 certified motorcycle boot designed to work as regular streetwear when you’re not on the bike, without leaving you hobbling around like C-3PO. The team at Icon wanted to ensure that the Varial would avoid looking like normal motorcycle boots so the development process started with a blank slate….

This series of artworks are each designed by Jeff and Lisa in their studio near the city of Valencia on the Mediterranean coast of Spain. Their designs are entirely unique and they feature some of the most iconic vehicles of the modern age including the P-51 Mustang, the Series 1 Land Rover, the Toyota FJ40, the…

This is the Tamiya Citroën 2CV Rally, a 1:10th scale reproduction of the legendary French people’s car. Although the 2CV may not seem particularly well-suited to rally, they were entered into a number of long-distance endurance events, including the Dakar and a slew of other rallies. The Citroën 2CV was chosen for long-distance rallies and…

This On Any Sunday cap by Iron & Resin is a celebration of the work of documentary filmmaker Bruce Brown, the man behind Slippery When Wet, Surf Crazy, Surfing Hollow Days, The Endless Summer, and of course, On Any Sunday. Bruce was instrumental in getting entire generations of people into both motorcycles and surfing, and…