If the word Bathhurst means nothing to you, you’re almost certainly not Australian. It’s the most famous racetrack down under and has seen some of the most incredible racing in Australian history, this race is the 2012 Bathurst 1000 – it’s a 1000 kilometre race run over a period of 6 hours and features a field composed entirely of production V8 sedans that have been modified for racing.

Unlike many other racing series, the Aussies stream all of their races live online for free (via YouTube), this makes life far easier for overseas fans as it allows them to watch races in realtime or catch up later in the week. As a result of this, a small but rapidly growing base of V8 Supercar fans has sprung up online.

If you like motor racing but have never seen Australians going hell for leather in absurdly powerful V8s, you might want to click play above. It may just become your newest vice. 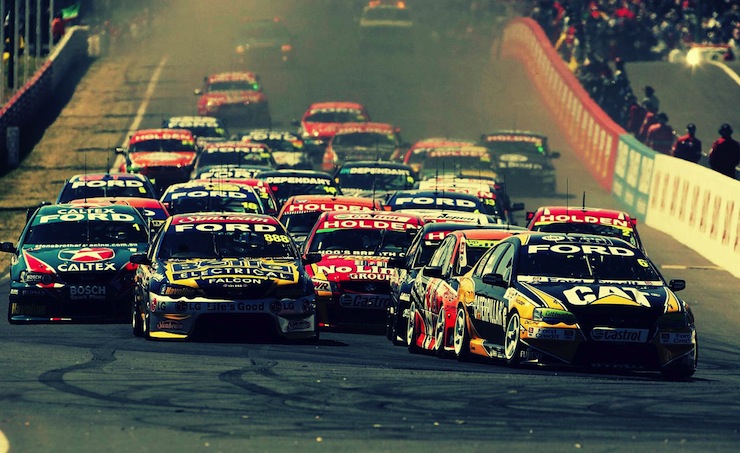 The Alpina B7 S Turbo had the unique distinction of being the fastest four door production car in the world when it was introduced in November 1981. Interestingly, it was this model’s forebear, the Alpina…