The Nürburgring Nordschleife is one of the most iconic motor racing circuits in the world, the Nürburgring we see today in Formula 1 doesn’t include the famous North-Loop (“Nordschleife” in German) that runs around the village and medieval castle of Nürburg in the Eifel mountains.

The Nordschleife adds 12.8 miles (20.8 km) to the Nürburgring, it includes 300 metres of elevation changes (over 1,000 feet) and is still considered to be one of the hardest race tracks in the world. Jackie Stewart used to famously refer to it as “The Green Hell”, it’s not included in modern F1 due to the extreme danger it presents but it’s possible to drive it in your own car, if you buy a day pass at the Nürburgring during the on-season.

This film covers the full 1973 F1 Nurburgring Nordschleife race, its raw footage without any commentary and allows you to listen to the roar of the cars and the sound of the chopper blades over the din of the crowds. 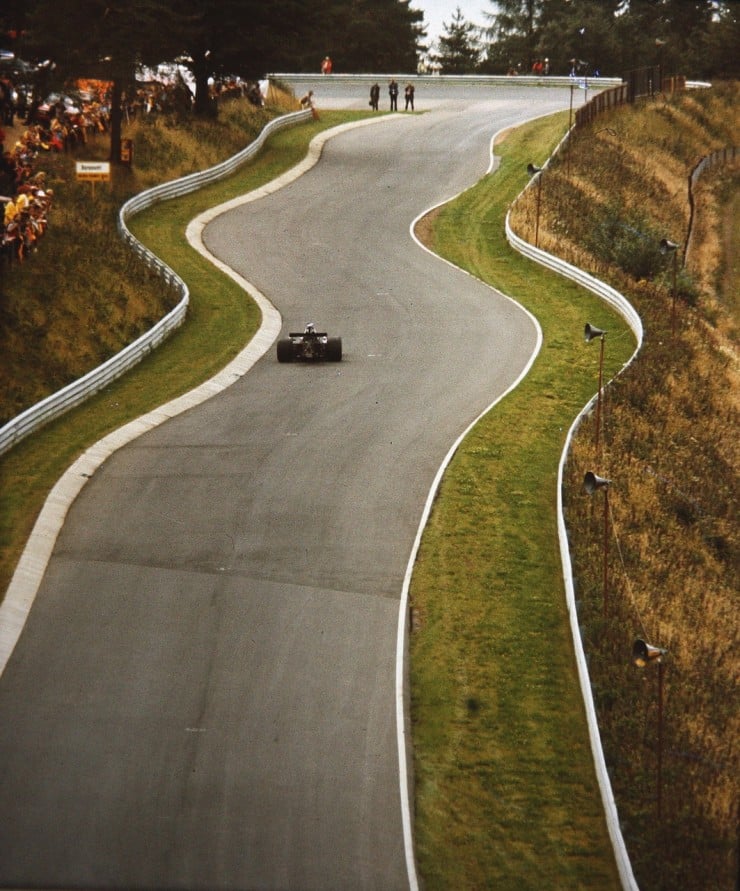