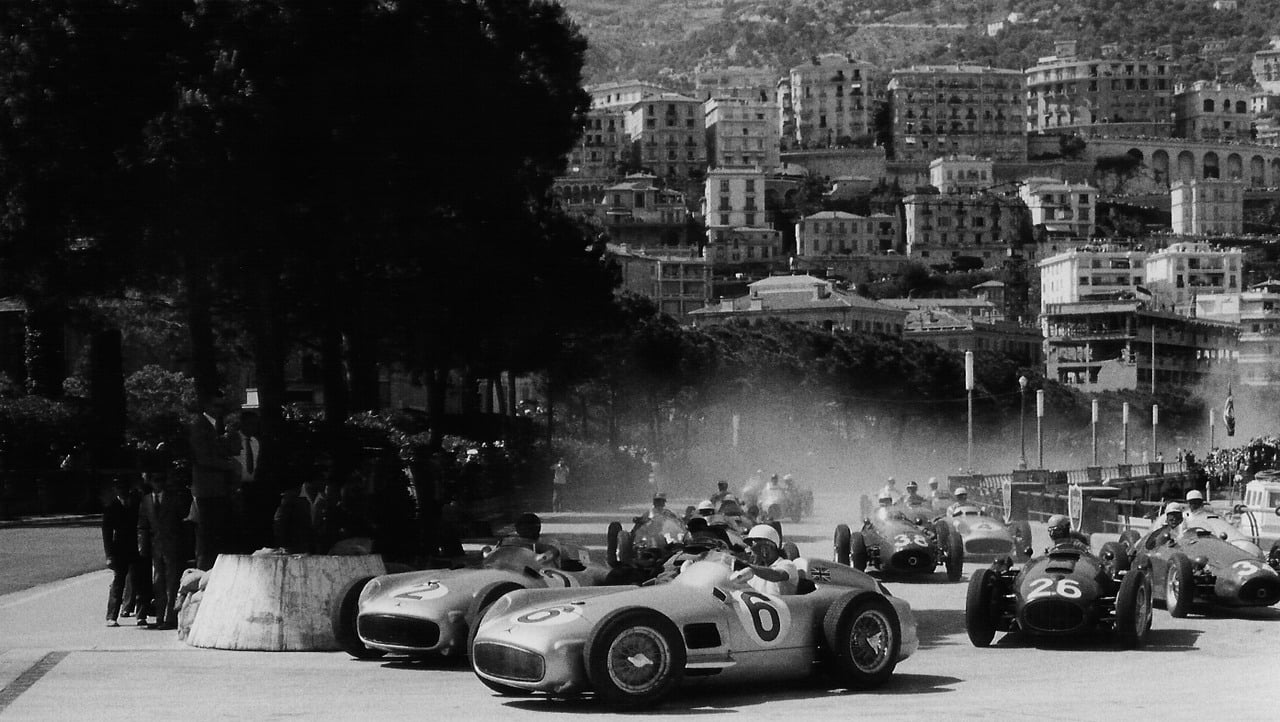 The 1955 Monaco Grand Prix was only the second race drive for Stirling Moss in the Mercedes, his team mate was the legendary Juan Miguel Fangio who can be seen in the above image in the #2 car, Moss is in the #6 on the outside.

The two Mercedes cars were the odds on favourites to win the race however Fangio suffered a blown transmission and had to retire, a little later in the race Moss blew his engine and also retired leaving the lead to Alberto Ascari in his Lancia. Ascari crashed out at the chicane just outside the tunnel, his car became airborne and landed in the bay leaving Ascari unscathed but needing to swim to safety. Maurice Trintignant then took the lead in his Ferrari 625 and landed the first win of his career.

Via Hell for Motors

The Grand Prix pinball machine was designed and built by Williams Electronics between 1976 and 1977. Over the course of this year they built 10,554 examples which were shipped around the world, with most ending…